It is my honor to post this e-Interview with Patrick Hannon, the President of WorldDMB.

Digital radio is established in a growing number of markets.  The earliest markets -  UK, Norway, Denmark and Switzerland - have been followed by successful launches in Australia (2009), Germany (2011), Netherlands (2013) and Italy (2014). Recently, Norway became the first country in the world to announce a firm date of Digital Switchover (2017) and Switzerland plans for DSO in 2020-24.  In all of these countries, DAB / DAB+ is the chosen standard.
Whilst every country is different, there are a number of common factors, which underpin success:
You mention that some markets have failed in their efforts to launch digital radio.  These failures were in the early days of the platform – before receivers were available at affordable prices.
For DAB+ digital radio, this problem has now been resolved.  In the last ten years, over 30 million DAB / DAB+ receivers have been sold worldwide.  This growth has enabled manufacturers to benefit from economies of scale.  As a result, DAB+ receivers are now available at mass market prices – entry level models are available at €20 - and prices are falling every year.
If Turkey wishes to digitise, I would make the following recommendations:

There is no short answer to this question.  Several factors need to be considered, including:
A common approach adopted in other countries is to set a number of criteria which need to be achieved before a DSO date can be confirmed.  Typically, these criteria would include:
My main advice is to focus on a strategic roadmap which can lead towards Switchover – but don’t try to set a date too early in the process.

From a consumer perspective, the key strengths of digital broadcast radio are that it is reliable, free-to-air, and easy to use.  From a broadcaster perspective, it has the added advantage that it is a highly efficient means of reaching mass market audiences.
For consumers at home, it is possible to listen to radio via the internet – but in fact consumers greatly prefer the convenience of listening to radio on DAB / DAB+; for example in the UK, 31% of all listening in-home is on DAB but only 7% is online.
Outside of the home (e.g. in-car) the case for digital radio is even stronger:
Whilst the cost efficiency of DAB+ (both for consumers and broadcasters) is an important benefit of digital radio, perhaps the strongest argument is in times of emergency.  These are the times when citizens need information most urgently, but it is at exactly this time that IP networks are most likely to become overloaded and fail.  Digital radio broadcasts are reliable, regardless of the number of people listening to them.
DAB DAB+ digital radio interview

An interview with Zero Density

First of all can you tell us a bit about Zero Density. Founded in 2014 by 4 individuals with extensive working experience in broadcasting and media started working on the Reality EngineTM product with the aim to break the mold and change the game in the post-production industry. Launched initially during 2016 NAB and won two innovations award in IBC 2017, Reality EngineTM is the most photo-realistic virtual studio technology today. There were firms working on this area, but we launched it first which put us ahead in the game. Entire market set its eyes on us. Most live shows using gaming engine is done through our platform. Among our clients there are world leaders such as FOX Sports, Riot Games, Sky News Arabia and TF1. AR & VR seems to be the killer application of broadcasting. There are many firms clamming to be different from others. What makes you different among them? Blending real time visual effects with virtual production with advanced real-time compositing tools and its pro… 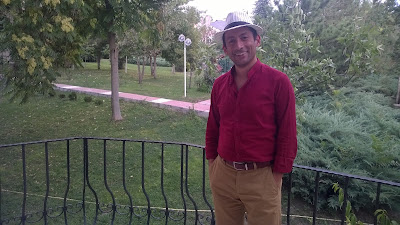 I had lots to do and actually still too busy, but I tried my best to find time for this introduction.
This was my second IBC. After 2015, which was the first IBC of me & TVTechTR, I managed to come to Amsterdam as PRESS. This time I prefered to stay in Amsterdam, which was a good but expensive decision :)
IBC, is a good event to see friends all over the world. It is also a good event, with the conference. But, the fair was not that attractive this year. There was no "killer application" this year. 4K is not going that fast, hence 8K is still too early to announce. SDI to IP conversion is not going as fast as expected. So there was no interesting. 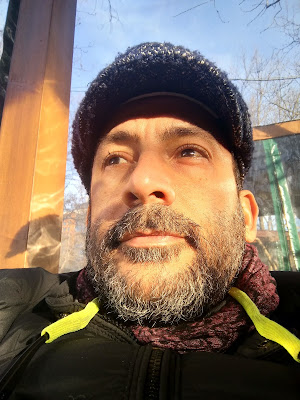 once again, at IBC

2015, was my 20th year in engineering and my first IBC experience. 2018, was my 20th year in broadcasting and my second IBC experience. I am glad to announce that I have been, once again, accredited as PRESS for IBC 2019, as founder of TVTechTR.  I still do not know if I will manage to attend the event, but you can be sure that I will try my best to do so.  I will be glad to make e-interviews, pre-event, if you have business or plan to make business in/with Turkey.  Hope to meet at IBC...